As a child I saw the classic western Butch Cassidy and the Sundance Kid andwatched,  enthralled as the legendary bank robbers escaped the wild west and headed to  Bolivia.  It  seemed to be the wildest, most exciting place on the planet, I didn’t know where it was but I knew I wanted to go there. Twenty years later I found myself in Tupiza, surrounded  by forests of cacti, wide gaping canyons and the rainbow coloured hills where Butch and Sundance carried out their daring raids. Climbing onto a  truck headed out to the remote village of San Vicente – where, as legend has it the two anti heros died in a shoot out with the police –  I met a lovely English guy called Danny who was also on the trail of Butch and Sundance. I never did find the graves, in fact San Vicente turned out to be a bit of an anti climax, but Bolivia had more adventure and excitement in store for me than I could have ever possibly imagined. 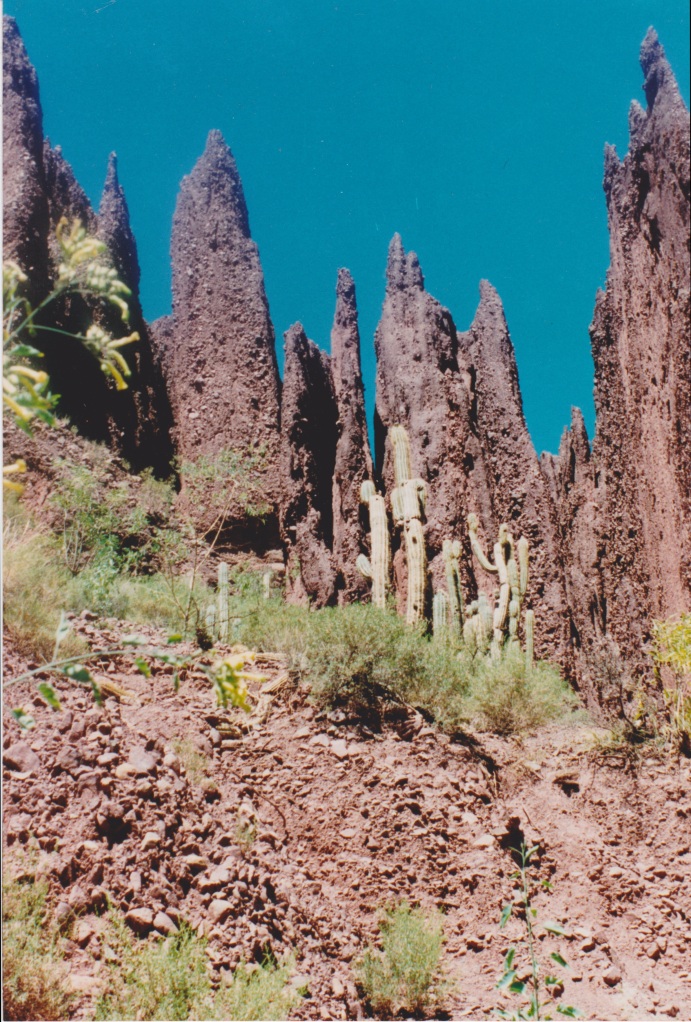 Inhabiting an extremely remote region of South America, Bolivia is the highest of the Latin American countries, sweeping from the soaring peaks of the Andes in the north, down to the lush Amazonian basin in the east and across to the barren plains of the south.The dreary town of Uyuni in the southwest is the gateway to the Salar de Uyuni, the remains of a giant salt lake stretching 12,600 kilometres. We packed ourselves into jeeps and drove for hours across the blinding white plains, immersed in a landscape so surreal that it just didn’t seem real. Rays of sun bouncing off the bleached salt fields created bizarre optical illusions, as  volcanoes loomed up on the horizon and appeared to hover above the ground. We lunched on Isla de Pescadores, a small island in a dazzling sea of salt, covered with tall and spindly cacti. 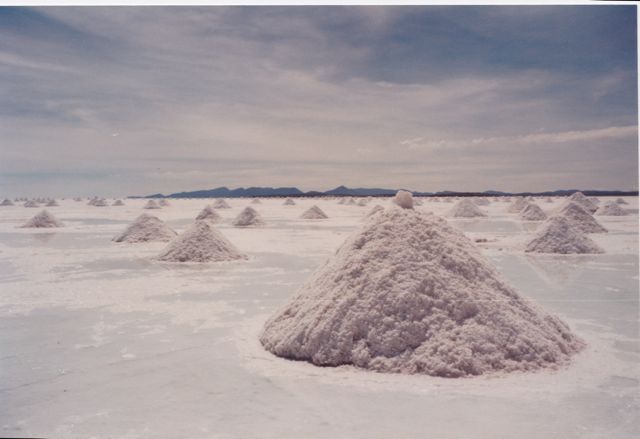 Our journey across the salt pans continued for much of the day, finally giving way to a dry and baron altiplano. A great deal of volcanic and geothermal activity occurs in the region, which is vividly reflected in the raw landscape, its beauty lies in its harshness, this is nature at its most extreme and pristine. Thousands of years ago cataclysms beneath the earth’s surface resulted in tumultuous upheavals, rocks spewed out and volcanoes thrust through the earth’s  surface creating this lunar like setting. A process that is still occurring (albeit on a smaller scale) at  Sol de Manana… where geysers belched bubbling mud and sulphur fumes high into the air and we bathed in the blissfully warm waters of thermal springs.

The next morning we rose early and headed into the Siloli dessert, where burnt golden earth glowed from the minerals deep within and the rocky barren landscape was broken up with splashes of colour in the form of lakes, that gleamed like gem stones. At the fiery red Laguna Colorado we found hundreds of pink and white flamingos frolicking in the shallows, while families of lLlama grazed on tufts of grass at the waters edge. By midday the sun was fiercely hot, but a cold wind cut through everything and served as a constant reminder of the high altitude where few plants and animals can survive.  Apart from occasional birds, llamas seemed to be the only wildlife, impervious to the cold with their thick woolen fleeces.

Climbing up the mountains near the border with Chile, we found Laguna Verde, a lead and sulphur infused lake, which constantly changes colour as the wind whips across its surface. The snow covered peak of Volcano Licancaber loomed  ominously behind the lake, its icy summit  once used by the Inca as a place of sacrifice. Many describe this area as being out of the world, to me, it just seemed to confirm how amazing the world is that we live in. 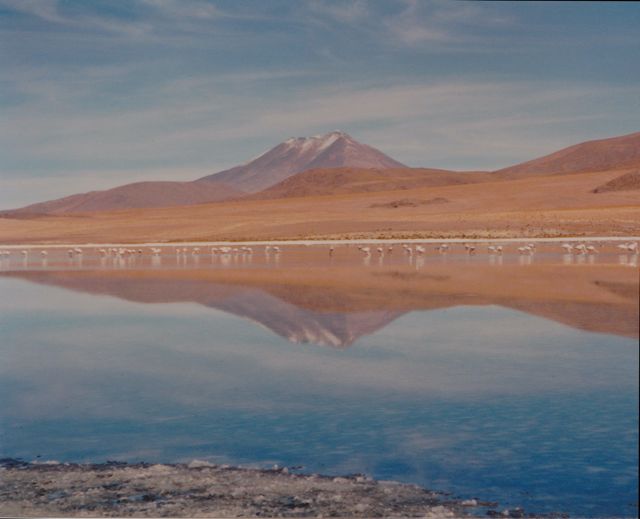 At 4800 meters above sea level we found a sign post with ‘Bolivia’ on one side and ‘Chile’ on the other. That was it….. surely the remotest, loneliest border crossing in the world.  The jeep dropped us off – the rest of the group was staying in Bolivia, but Danny and  I were  adventure bound and headed onto  the Atacama desert of Chile, and planned to hitch a ride. But it didn’t seem like such a good plan when hours passed and not a single truck passed our way. In fact there was no sign of life at all, just thorny scrub, rocks and snow tipped volcanoes. At this altitude and without proper equipment it was unlikely that we would survive the night, but it was a 45 kilometer walk to the nearest village and the air was so thin it was hard to breathe, let alone walk. We reached a plateau at sunset and the mountains dropped down to a valley framed by the flames of the crimson sky. With darkness came the bitterest cold I had ever know and we shuffled down the rocky road. Late in the night when I felt like I couldn’t take another step, but knew that to stop would be fatal, we heard the roar of an engine and a truck appeared out of the darkness and we were saved. 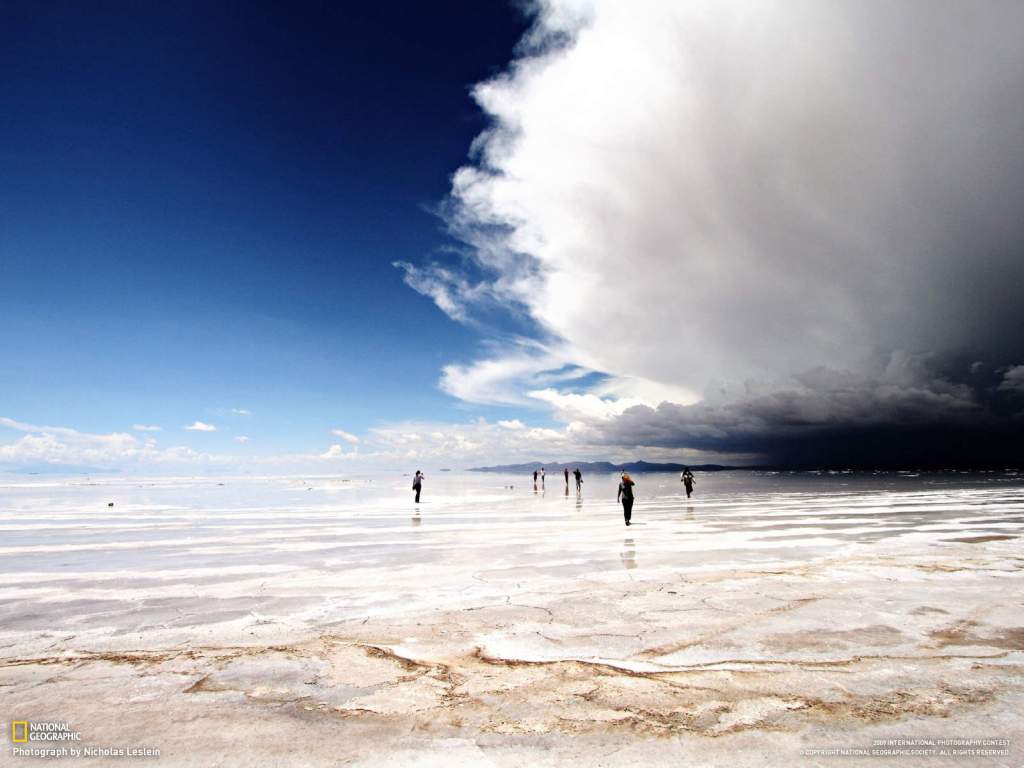 blowing in the wind
Love the contrasts here, the turquoise hues of the lake, the bleak snowy mountains and this quaint little church on the banks of Lake Tekapo. And yes... it’s as cold as it looks. #laketekapo #travelnz #nzsouthisland #alisonbonetravels #beautifuldestinations
The ocean looks just a little bit cold for swimming - unless you are a seal 😊 #kaikoura #roadtrip #alisonbonetravels #travelnz #nzsouthisland
In 2016 the devastating 7.8 earthquake in Kaikōura causes dramatic changes to the coast, pushing up seabeds such as these that are home to a large seal colony. Such a privilege to be able to get so close to these beautiful creatures. #kaikoura #travelnz #alisonbonetravels #beautifuldestinations #sealife #southislandnz
The treacherous river mouth at Hokitika caused countless ship wrecks, as prospectors poured into Hokitika in search of gold in The 1860s.#hokitika #hokitikariver #westcoastnz #alisonbonetravels #theluminaries #nztravel
Until recently there was no way down to Diamond Beach. This pathway is carved right out of the cliff face with a steep descent that is almost straight down at times. It’s fine until the bit where the rope is broken and there is nothing to cling on to except the crumbly cliff face. #nusapenida #diamondbeachnusapenida #balilife #alisonbonetravels #beautifulbali #wonderful_places